The last time bike racing came to the centre of Bristol, Bradley Wiggins was riding round in short trousers and electric gear systems were the stuff of science fiction.

Despite being the famed ‘cycling city’, we’ve had to watch jealously as stage finishes and Tour Series races grazed the edge of Avon. There seems to be have been a subtle shift lately and the arrival of the Tour of Britain last summer was a high point, with both men’s world champions honking up Bridge Valley Road. I chose the picturesque views of Southmead to watch the technicolour blur.

Yesterday, Le Sportif held the inaugural Bristol Grand Prix using much of the inner city course from the 1980s. It was a short and savage 1.2km circuit with some judiciously place hay bales as a nod to the area’s agricultural and pastoral sensibilities. And to stop riders from being sliced into separate components by the right-angled corners. The event was crowfunded, with some match-funding from Bristol Council and a lot of support from local business. I’d venture to suggest it’s the crowdfunding aspect that got things rolling. they managed to raise over £16k. It’s a significant sum and in an era of local government under-funding, hints at the way forwards for costly events like this. There are always knock-on benefits, and the most obvious ones don’t come with direct revenue gains attached; namely generating a sense of bonhomie and goodwill, getting people cycling, consolidating Bristol’s social identity as a place where people can make things happen with not much more than a will and a way. It might need more corporate and council support in future to establish its place in the calendar, but for now, it is refreshingly ‘local’. 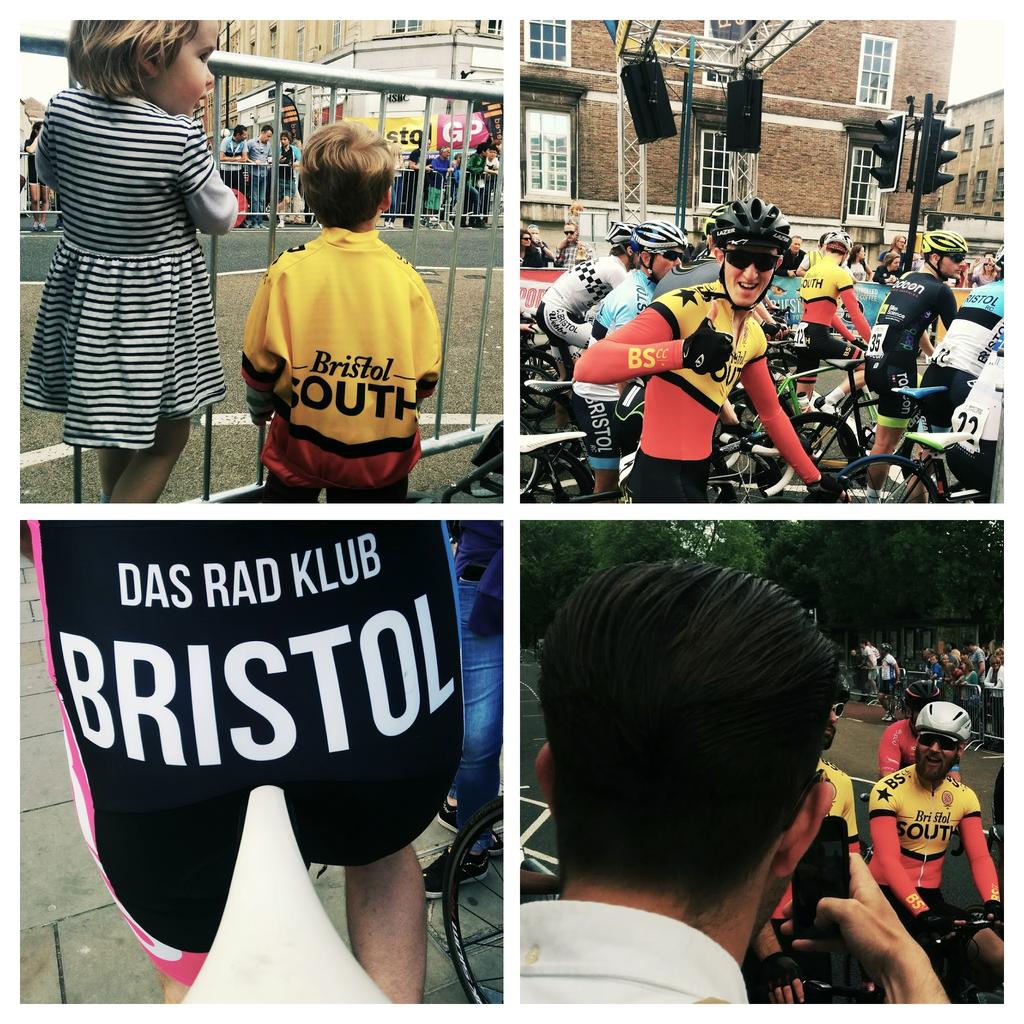 The races were fantastic; running across the range of abilities. Criterium racing is nice and spectator-friendly; you get to see the racers every few minutes and if you’re canny, you can see them twice on the course. It means you can grasp the narrative of the race, although the narrative is often as simple as ‘it looks really hard, these guys are hurting a lot, those guys aren’t hurting as much’. It was great to see so many red and gold jerseys in the pack, outnumbering the other clubs considerably and taking up podium and top ten places. There can’t be many better feelings than getting a result in your home event. 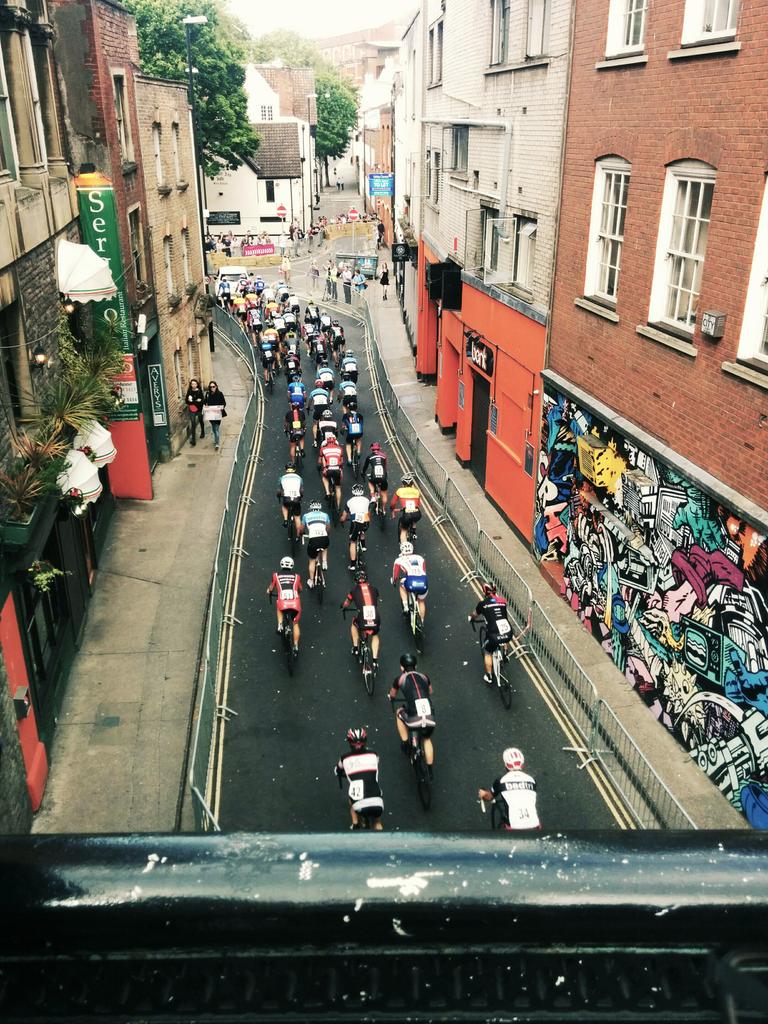 It was a fantastic afternoon of bike racing, made all the more spectacular by the fact that it took place in the centre of Bristol. Things like this happen because there are people like Pip Adkins who make it happen. Chapeau. 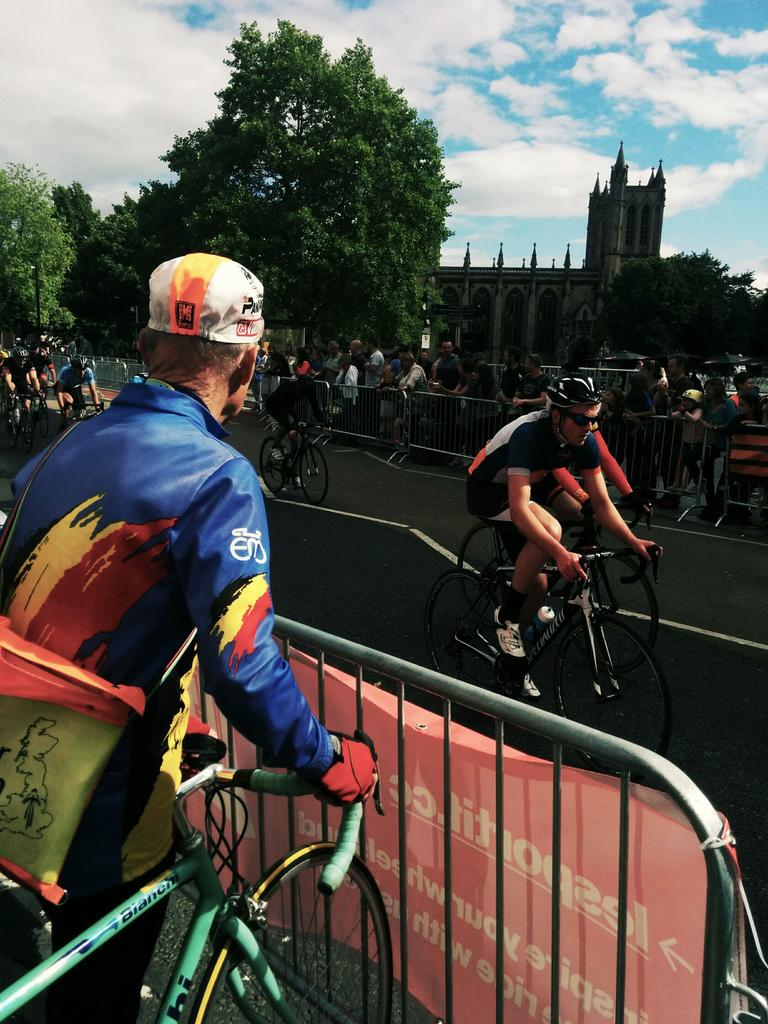 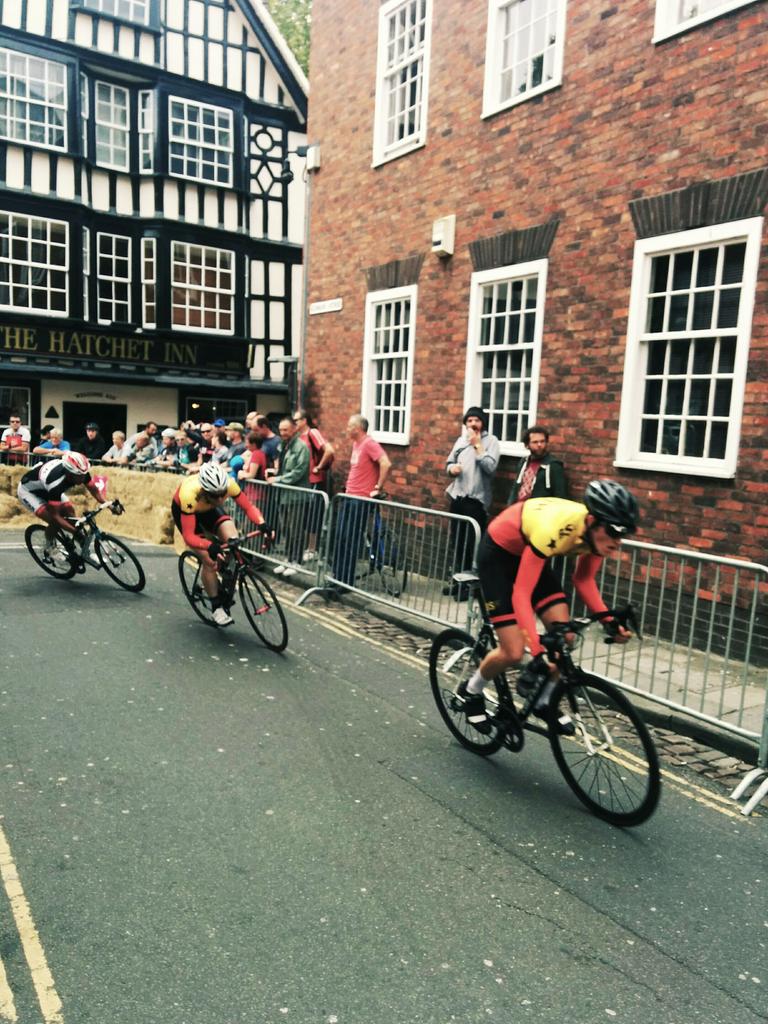 Rob Borek hammers it out of the Hatchet at closing time, anxious to avoid another lock-in…